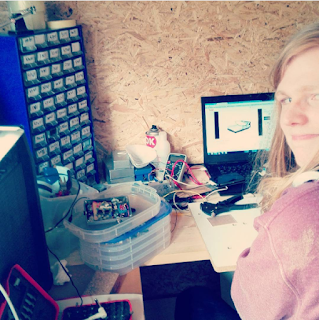 Hello, I'm Jordy, 18 years old.
I live in The Netherlands (Haarlem) and I build/repair/mod gear.
For now, I've got the most experience with building/modding/repairing guitar pedals, but I can also do some electric guitar and small amplifier mods and repairs.
Everything I make, I will post on this blog.
If you have some questions about my hobby, or maybe have a request for building/modding/repairing a pedal/guitar/amp, just send me an email, it's always fun if someone is interested.
jordydevries1997@gmail.com
https://www.facebook.com/jordy.devries.731
Gepost door Unknown op 12:23 Geen opmerkingen: 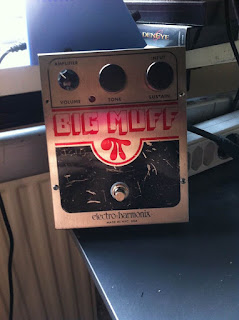 Modded my own current version of the big muff to a Ram’s Head Big Muff. It was kind of hard to find the right schematic for the big muff I have, while the Ram’s head only needed a simple google search. Because the traces of the big muff never really changed (only the values), it’s easy to mod it, just replace some of the components with a different value.
Now it has more distortion sounds, but still keeps the fuzziness, less scooped mids and it sounds more open. 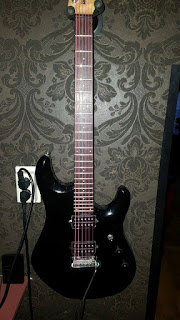 Replaced the input of the guitar from Richard Ludwig. The jack itself and the solder was loosy.
Gepost door Unknown op 16:47 Geen opmerkingen:

Replaced the switches on a moen looper for Richard Ludwig. The switches that were inside the pedal were some cheap crappy Chinese ones, so I replaced them with switches that are made by angels in moonlight (no, just some normal good quality switches). We only ignored the 2 on the top right, because they were hard to reach, he doesn’t  use them that often and it was an on spot repair/mod.
Gepost door Unknown op 16:44 Geen opmerkingen: 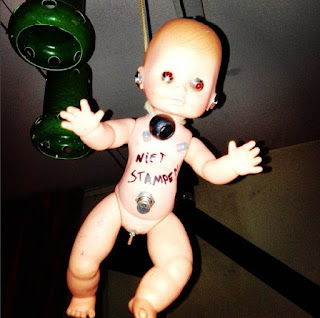 Yeah, some black comedy, a pedal that’s inside a baby doll, and when you kick the baby – yeah, you get it.
I got this idea in the train when my phone battery died.
Inside the baby is a Dead Astronaut X-Fuzz, a noisy fuzz. The LEDs are placed in the eye, pots on the nipples, jacks in the ears, adapter input above the head, the switch on the belly button and, finally, a toggle switch that you can see as a penis, or as a clitoris, because it’s a girl.
With the toggle switch you can activate some oscillation, because the baby doesn’t like to be assaulted…
The pedal sounds much darker when I sum it up. Isn’t it a great idea to make a creepy pasta with this pedal? 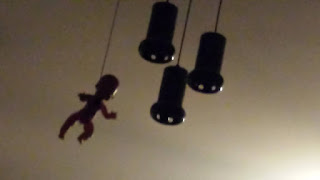 ""This is a story of the guitarist who searched everywhere for the best guitar tone, until, he found the Dead-Baby-Fuzz. He loved the pedal, used it every gig, kicked it in on every solo. Then comes the day the baby doesn’t want to be stamp around anymore, and takes revenge! So beware when you are looking in second hand shop for pedals, it could be your last note."" 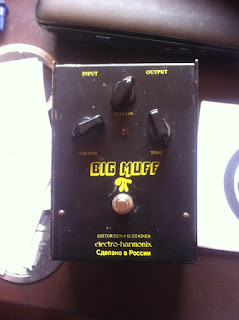 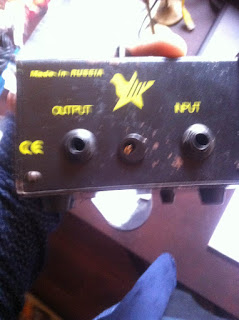 Modded the Big Black Russian Big Muff from Bert Zaremba, now the Big Muff is true bypass and it has an adapter input while you can still use a battery.
Gepost door Unknown op 16:50 Geen opmerkingen: 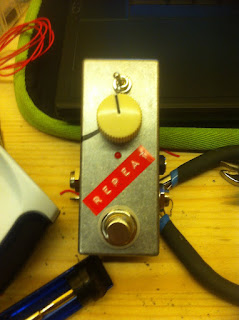 24-05-2016
My first time making a (real) pedal in a small enclosure. This is a Vox repeat percussion, a square wave tremolo with much depth.
With the pot you can adjust the speed and with the toggle switch you can choose between different types of depth.
I've modified this pedal. Normally the speed pot goes from slow to normal, now it goes from slow to really fast.
It sounds great, small enclosure; I like it.
-update- 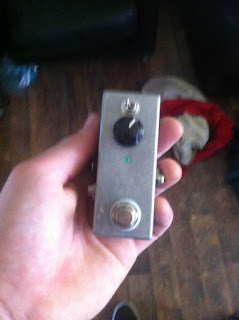